What is Poisson Salé?

Snoek fish, pronounced “sounouk”, is more commonly known as Poisson Salé. It is an authentic Mauritian food with a distinctive salty taste. The English translation is Salted Fish; and the dish definitely goes by its name. 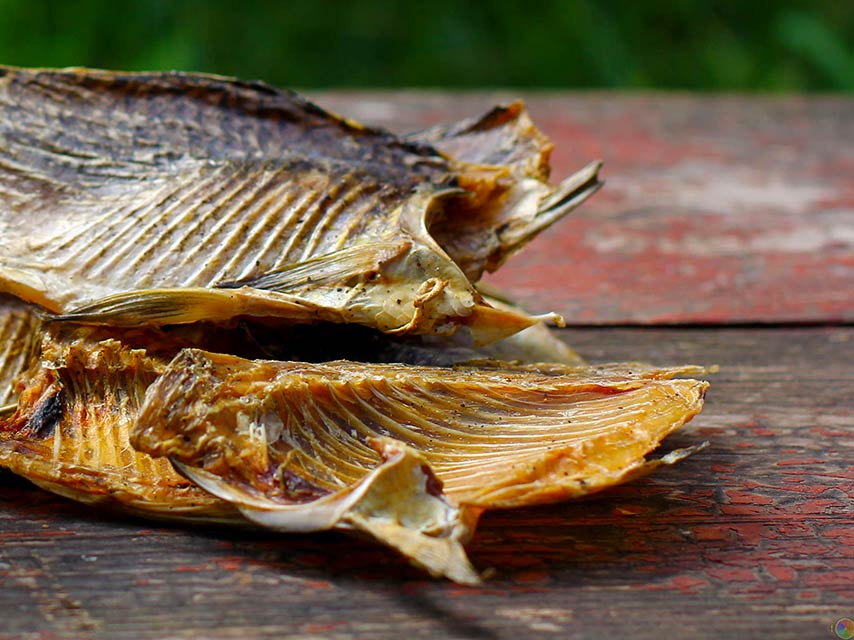 The Snoek fish is dried and cured with salt, hence preserving it for eating later on. Used in various dishes, the rustic Mauritian food dates back to the old times. Savouring a mouthwatering Rougaille Poisson Salé brings back memories of old houses made of iron sheets and minimalist lifestyle. Alternatively, Riz Frit Poisson Salé (Salted Fish Fried Rice) used to be the rewarding meal at the end of every week, or for some, every payday. It is a kind of comforting food that would feed many for less, while also making their day.

Given that preparing Poisson Salé leaves a lingering fragrance, the dish is not to everyone’s taste, but is however essential to try it once to say the least. If you have not grown up with it, the Authentic Mauritian salted fish can be one of the things that you have a hard time eating.

Where to buy Poisson Salé in Mauritius? 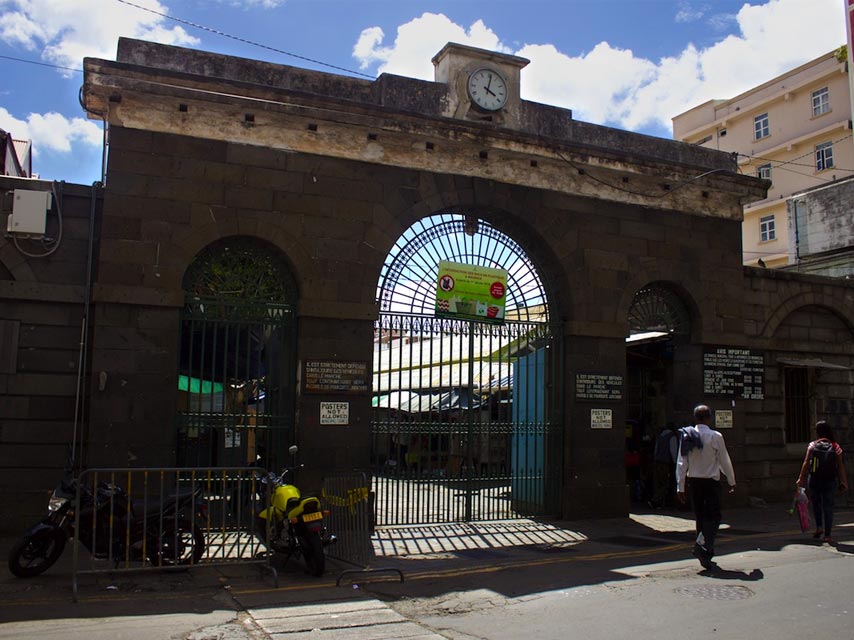 Poisson Salé, or Snoek Fish, is widely available in Mauritius, provided that it is such an oft- prepared authentic Mauritian food. Whether you are roaming around a mall, the streets of the capital, or even near a local shop in villages, you can always find salted fish somewhere around the corner.

Nevertheless, the best of Poisson Salé is said to be found in the Central Market of Port Louis. Even the neighbouring shops sell one of the thickest slices of crunchy, dried salted fish. But that does not mean you cannot grab some at your local supermarket.

The Authentic Mauritian salted fish can be prepared in numerous ways. 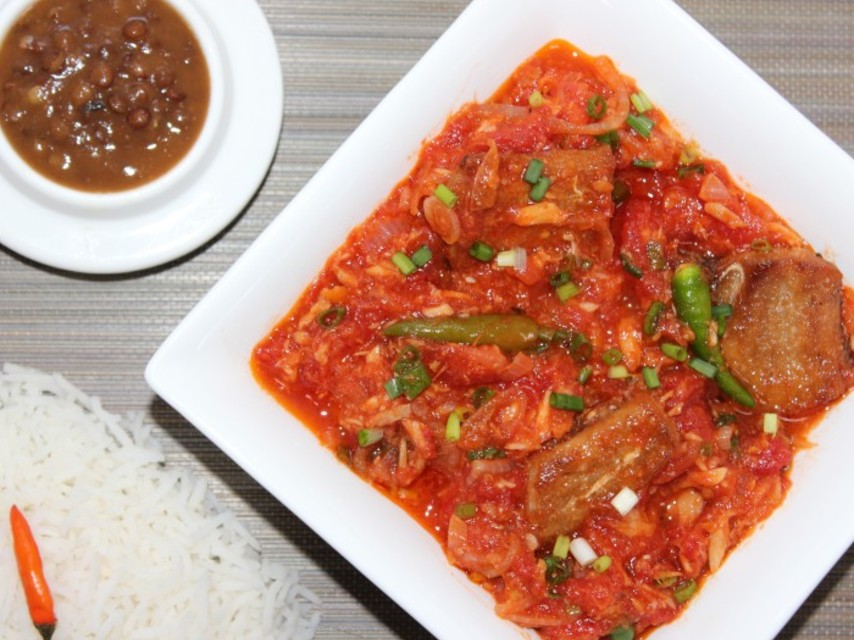 Starting with the traditional Rougaille Poisson Salé, whereby the fish is fried, followed by cooking it in a rich tomato gravy. The latter is simmered with garlic paste, without forgetting chopped chili for that extra flavour. Freshly chopped coriander is added on top, and finally served with pulses and rice.

While some prefer eating it with bread, others relish theirs with Dholl Puri or Roti. The rougaille remains the most popular way of eating salted fish. 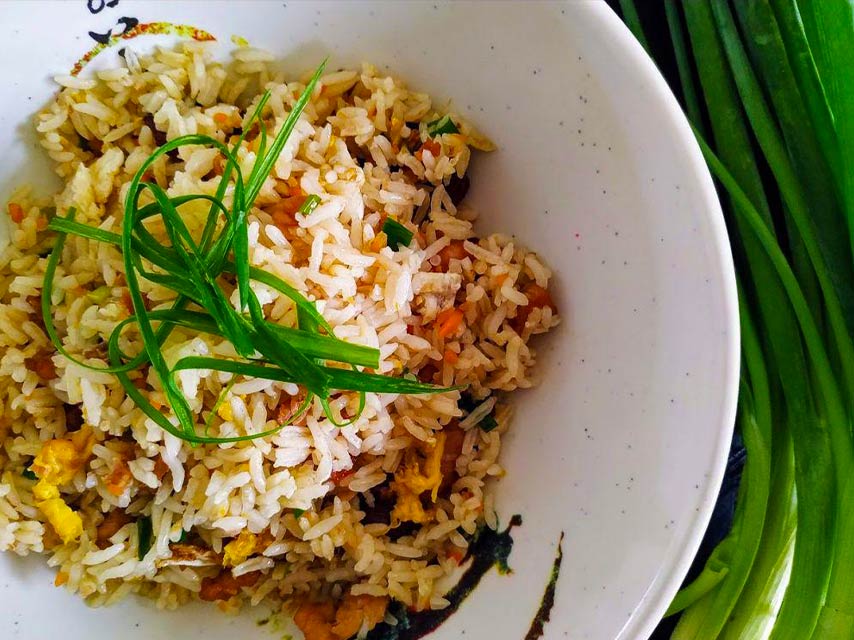 Moving on to Riz Frit Poisson Salé, the savory and salty fried rice can quickly become an addiction. In this recipe, the salted fish is crumbled, then fried until golden brown. Subsequently, it is added to the steamed basmati rice, topped with cooked carrot, mushrooms and cabbages. Optionally, prawns or chicken can be added. This dish is topped off with an omelette and finely chopped chives.

It is often served with a flavourful tomato salsa, or as known in Mauritius,“Chatini Pomme D’amour”. This dish can be found in various Chinese restaurants in Mauritius. 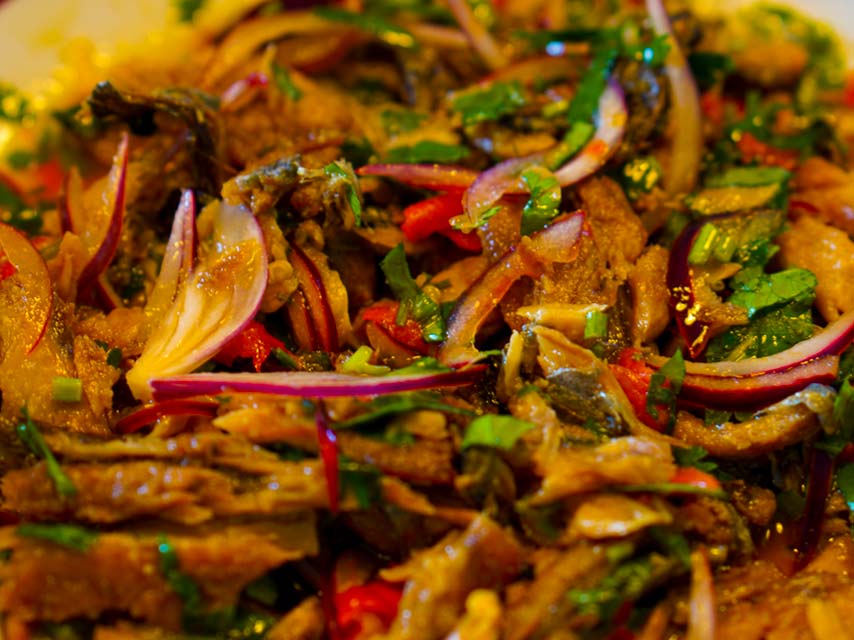 Last but certainly not the least, you can have Chatini Poisson Salé, translating to Fried Salted Fish salsa. Here, the Snoek fish is blended with red onions, fiery green chilies, coriander and a dash of vinegar.

This spicier version of the authentic Mauritian food is accompanied by rice, pulses and “Bouillon Brèdes”. 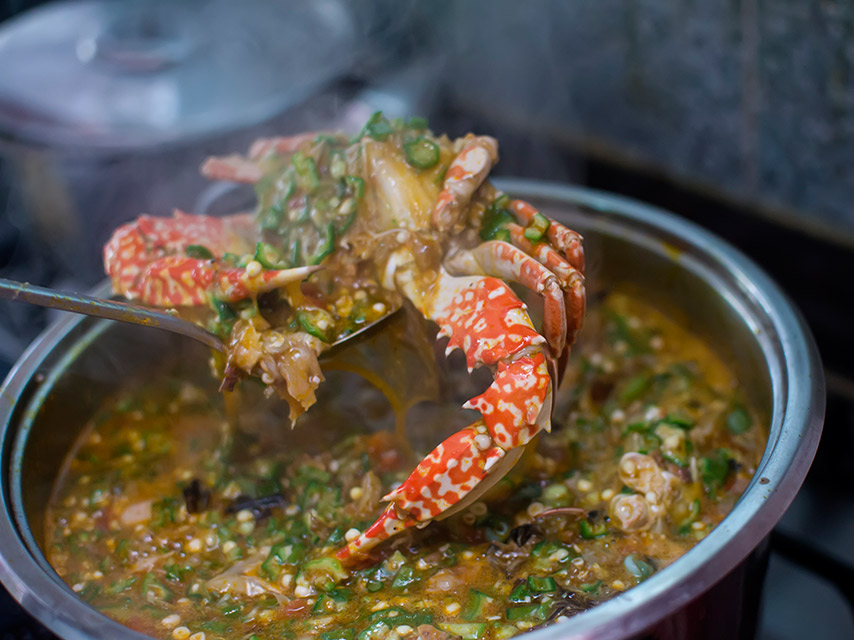 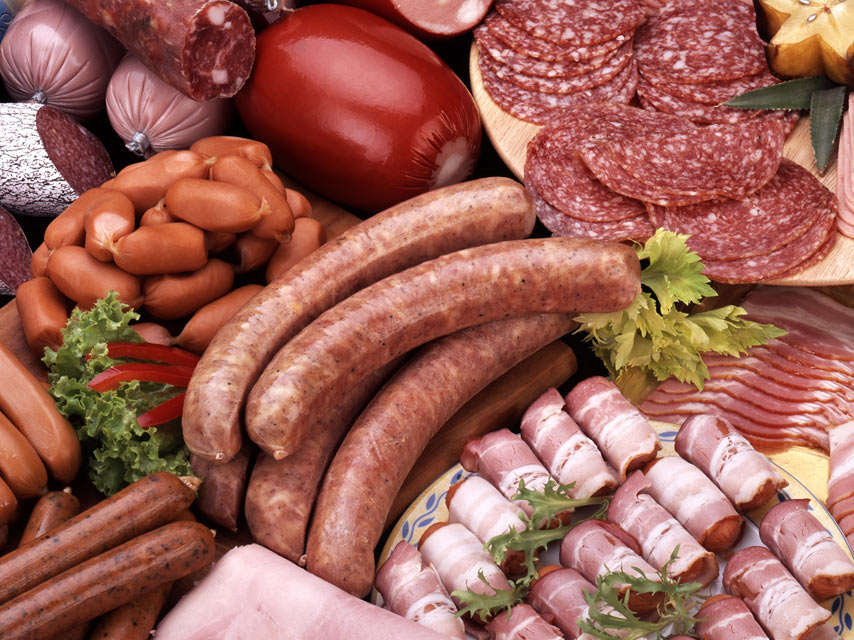 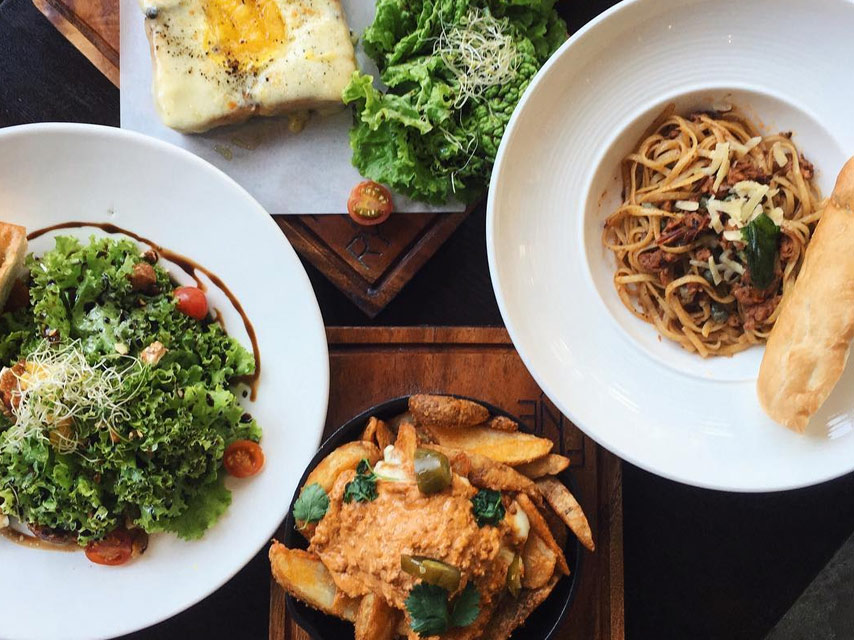