Dive into our collection of restaurant reviews and shake up your dining routine by discovering which restaurants are the best to visit and which ones to avoid.

Last year my boyfriend and I went to Zub Express after a day at the seaside. I had been there previously with my family and had had an average experience. Before moving to the top floor for dinner, I chose to visit the restroom to wash my hands and attend nature's call. I was shocked by the dirtiness of the toilet! Later, hardly had we been seated and shown the menu (1 or 2 minutes) than the waiter asked us if he could take our orders. We answered that we had not decided yet and would need some more minutes. On that he replied "Pas dire mo pan vine prend zot commande apres" in a condescending tone and walked away. This really put us off. My boyfriend rested his elbow on the table, asking what we should do. The table top then rose under the pressure from his elbow. It turned out the table was just a plywood placed on a base, with no rivetting at all. We both agreed it was too much for a day and left the restaurant.

Some effort seems to have gone into making the restaurant interior a bit more up market, but it is very cluttered and cramped with far too much going on ... eg, internet cafe in one corner, deafening noisy kitchen equipment being used in the open bar. The staff are friendly and helpful, but we had some communication problems (as did others). It may have been the noise or something to do with languages. The menu is diverse and interesting, with some very appetising and original dishes on offer. The selection we had ranged from good and tasty, to innovative to downright inedible due to over seasoning. Also many of the dishes had a slight burned flavour, I don't think they'd been burned, but I think something had been in the kitchen. I would like to say I'd go back and try some more of their dishes, but unfortunately (for them) there are better restaurants around. I'm sure they can sort out these little issues in due course and have a very good offering. Worth pointing out they do not serve alcoholic drinks, and have a sign saying they don't allow drinks from outside. Wasn't a problem for us, but some other guests were a little put out as you don't know until you ask!

Service and food not value for money.. I found the price really expensive..

Price very very very expensive..Food not bad , desert very bad (coffee and banana flavoured ice-cream).Birthday cake was so small that some of my guests did not recieve..I regret having organized my birthday there

It was an experience eating near the seaside but however it was tainted by a certain lack of hygiene in the food. My fiance and I ordered seafood because we absolutely love those. I was however completely disgusted to see that the giant shrimps and lobster had not been cleaned, that is the black vein on their back was still there. I just couldn't make myself to eat it and i dropped it in my fiance's place without telling him why because i didn't want to make him disgusted too. There was no excuse for the chef because on that day, there were very few customers at the restaurant. Finally when i told my fiance, and that was after a long time, he reproached me the fact that i didn't tell him. And that was on a day when he wanted to go to Zub Express once more, but that bad experience was still in my mind and whenever i thought about the shrimps and lobsters, i still feel disgusted. Perhaps, you could just inform them to get their chef to follow a hygienic course for seafood? thanks

I have been there many times, and I must say that i like it a lot. The deco is family friendly and have a large plce to move around and sit together. Another facility is also the tv where one can watch and eat at the same time, i find it convenient and attactive for customers. For muslims it is surely one the best place to go for a meal as there is the prayer room for both males and females and also place to do the wadhu. The toilet is very clean. The food is excellent, my family loves it lots. I have tasted tyhe chinese and indian food and I must say it is delicious. It has been some time, that the food is not what is expected, when there is loads of work, but we as customers must understand the backroom staff. The food is much more better than other places as other resto the place of indian food is much high. The only problem there is the man in charge, who does not have a welcoming attitude, not even a smile when he talks. But for a muslim its the best place to be as one get his prayer, a great seaview and delicious food.

My family and I visited Zub-Express while on vacation. we came from Kenya. The food was very delicious and can satisfy one's hunger. When we visit Mauritius again we will sure visit the restaurant again and recommend it to others. we thank you for you service

The menu in Zub express has wonderfully evolved in a now excellent standard. Dined last night and the worderful indian and european recipe taste excellent. others may visit again for the new taste.

I've been there for dinner with my fiancé and mother on saturday. We had a great time. We really enjoyed the food. Also the patron is really friendly. Service excellent. Only a little conplain is that we had ordered a prawn coco curry but when we were served the curry, there were only 4 prawn. Zub is the best place to eat in flic en flac.

Saturday i've been there with my fiancé and mother for dinner. We had a great time there. We had indian food which was simply tasty. The owner of Zub is nice and friendly, he attend to the clients personally which is really good. Only a little complain is that we had ordered a prawn coco curry but when it was served, there were only 4 prawns which is not evident. On sunday also we had ordered food from there, fried rice, very good. We'll go there whenever we decide to have food in flic en flac. TWO THUMPS UP.....

Third time and twice with a large group. Service was good as usual and so was the lamb. Unfortunately all three salmons were overcooked,all three prawn salads served with too much sauce unlike last time. One replaced with as much sauce! Even waitress noticed and voiced out same conclusion. Guess the chef did not appreciate the complaint and simply sent back a similar dish!!!Same sauce served with ALL dishes. Unusual to note that we were all served water without even ordering any!! I complained and both bottles were excluded from the bill and we only paid for those we ordered. One tea cup came with at least five ants - floating on the surface! I believe staff are trained to keep filling the glasses without even asking if one wants more. As a result at end of dinner most glassses are left at least half filled. Do not serve bread and upon our insistence same was brought from another restaurant. But cold and relatively big loaves instead of small varied hot breads as one would expect from such restaurant. Policy is not to allow birthday cake and had to order. Was proposed a chocolate fondant but were served a chocolate mousse instead. Will I go back? May be for the lamb and friendly staff. Surely not for the salmon or prawn salad and curry risotto (twice too salty). Starters - really not value for money except for the salmon (different from main dish). Similar restaurants - Courtyard and Dumont give better value for money.

I must say they play great music..u cannot find a better one who plays indian n western together. But the place is not well ventilated.Too many smokers which made me feel suffocated n had to rush to the corridors for fresh air. The bar tends to be too crowded at times. Overall,it was a fantastic night but only poor ventilation prob which annoyed me a lot. The music n djs are supercool so its recommended!!!

We had a tum yum soup which was excellent. We also took chicken satay, cantonais rice, chicken green curry and honey lamb which was equally good. Price was affordable. Atmosphere was very pleasant, nice soothing music. You could choose to sit inside and you could see the chefs at work or you could choose to sit on the balcony. Highly recommended for families or couples on any occasion. So far this was the best thai restaurant we went on the island and we shall go there again.

Restaurant : nothing compare..... quiet , overview magnifique, staff excellent and polite . Food tasty . When José Hitié , does something, it's always professional.

Restaurants.mu is not responsible or liable for the content of the reviews uploaded by the users of the website. The liability for uploading and using the reviews is under the sole responsibility of the users.

Write review for a restaurant 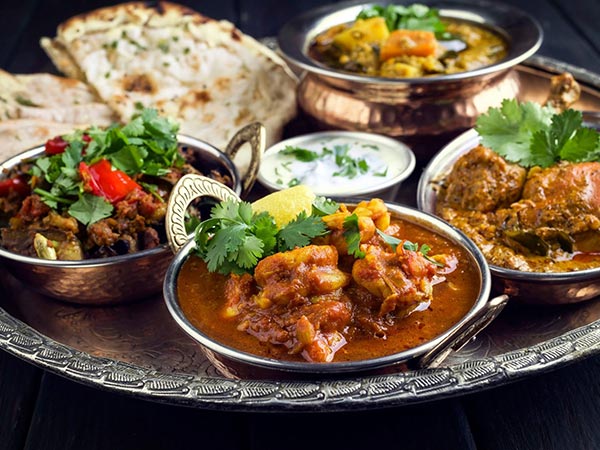 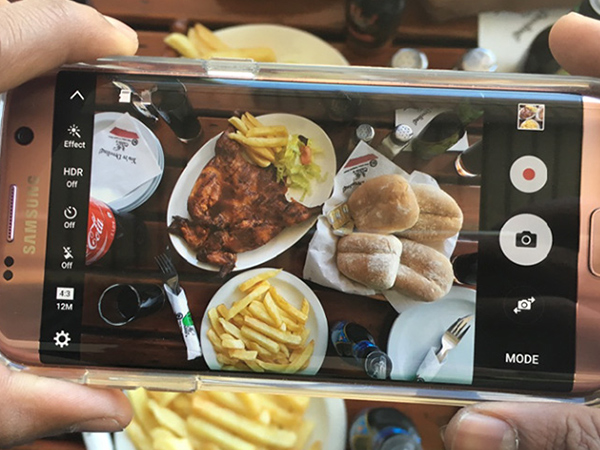 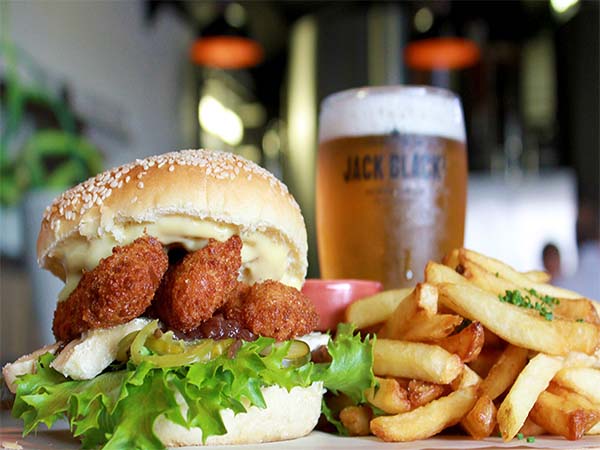 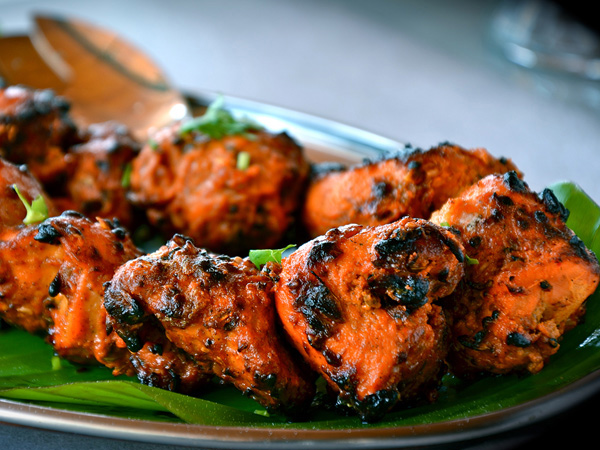 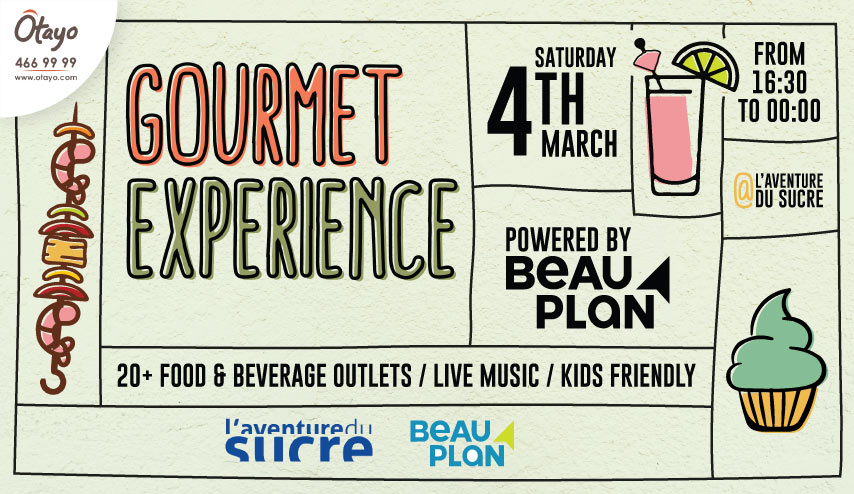