Share this
The Thaipoosam Cavadee festival is typically held in either January or February each year, according to the Tamil calendar. And, in devotion to Lord Muruga, it is preceded by ten days of fasting. Meals full of flavours are served on this festive day, including vegetarian briani or the "seven curries" meal. On the day of the festival, devotees usually observe a dry fast, which they break after sunset or after the prayers, with one of the meals mentioned. In addition to the special meal, a special refreshing drink, known as Panakon is also offered. This Indian lemonade also helps with digestion and fights heartburn.

The 7 curries meal (sept cari) essentially consists of several vegetable dishes served on fresh banana leaves along with hot rice and rasam. The 7 curries as it is in Mauritius, goes beyond the actual meal itself; it is the sum-up of a journey of culinary traditions right from Southern India to a tropical island. The idea of the 7 curries most probably springs from the idea of ‘Arusuvai’ or ‘Six tastes’ blended in seven vegetable preparations. Cultural evolution of Indian migrants in Mauritius may have also influenced the cuisine and practices, where they started being accustomed to local situations. During this cultural evolution, names and ingredients may have changed, though dishes still manage to preserve their origin.

The components of the 7-Curries Meal (Sept Cari) usually include the following:

1. ‘Dal Brinzel’ – Local version of Sambaar with aubergine. (Compared to the Indian Saambar, the Mauritius version is exclusively done with aubergines. The spice mix used also differs from the Indian version) 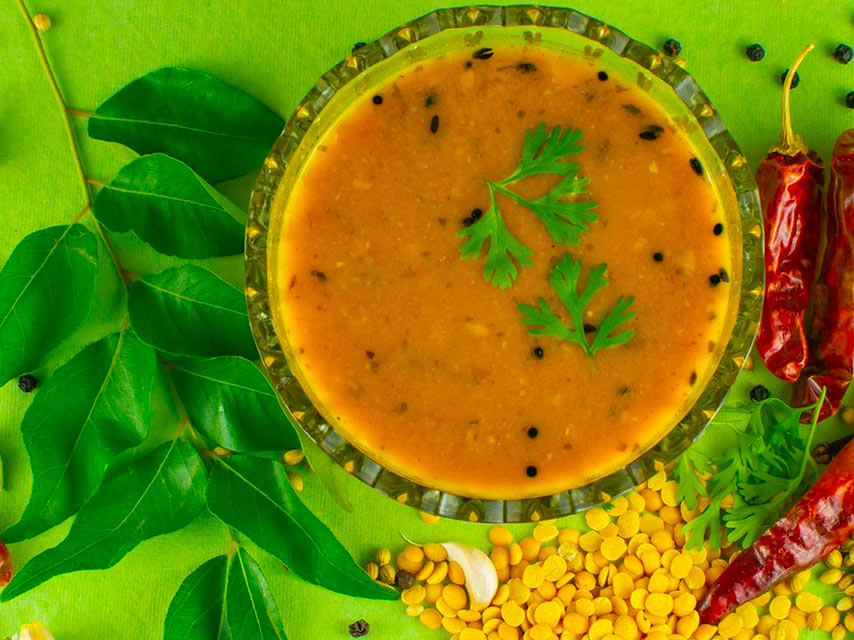 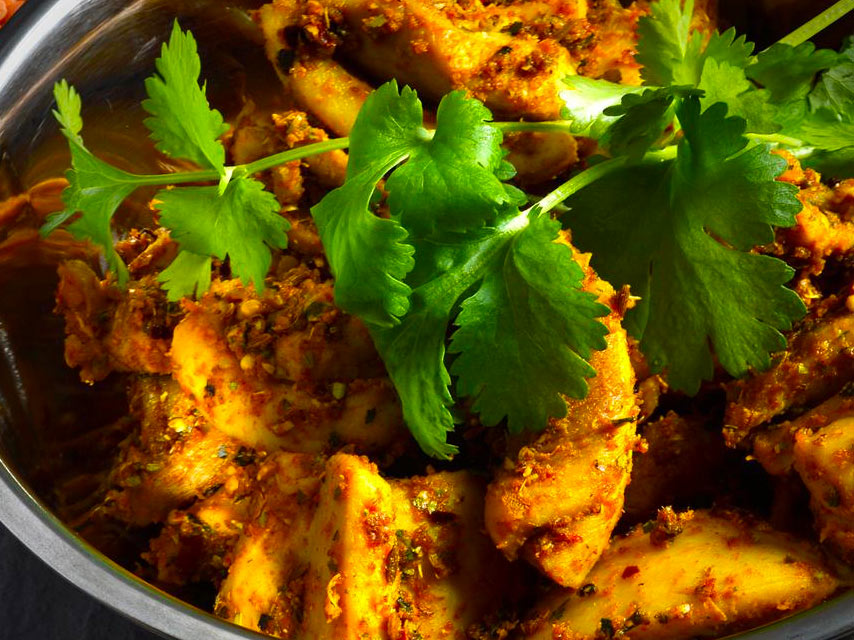 4. ‘Cari Banane’ – Raw, unripe banana, grated and sautéed with a blend of spices comprised of mustard and turmeric. A version of the Indian Poriyal 7. Pachadi – Cucumber mixed with yogurt and tempered with curry leaves and mustard seeds 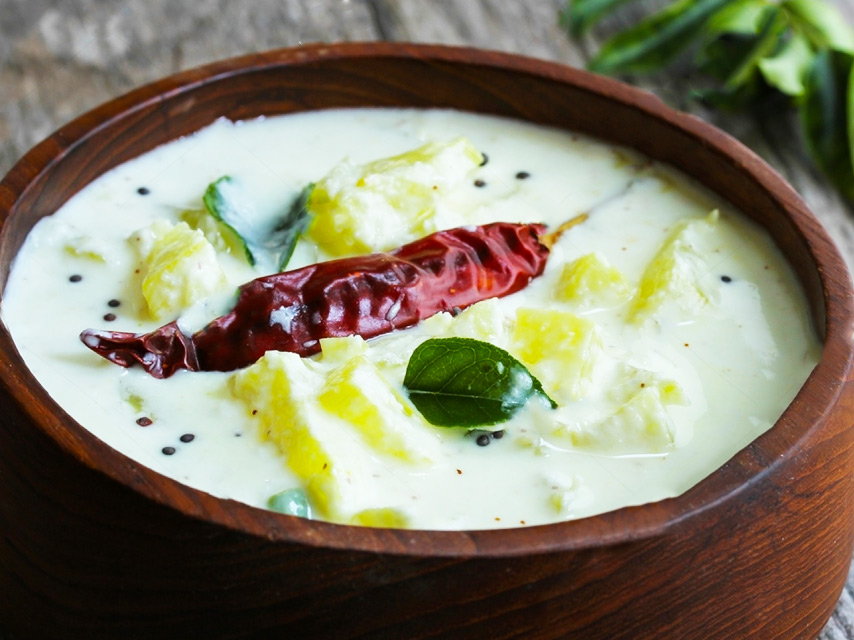 8. Sacray Manga – Mango cooked with sugar and tempered with spices. The term comes from Tamil ‘Chakkarai’ meaning sugar and Manga from ‘Maampazham’, the Tamil name for Mango 9. Rasam - The Mauritian term Rasson actually comes from Tamil ‘Rasam’. It is a watery soup prepared with tamarind and several spices. Usually eaten with rice, in Mauritius it is also served as a drink with the meal 10. Payassam – Payasson is the local term for ‘Payasam’, a sweet milk based dish sometimes cooked with cereals, pulses or fruits. In Mauritius only the ‘Sago (Tapioca) Payasam’ is prevalent and consequently the dish is often called ‘Sagoo’ 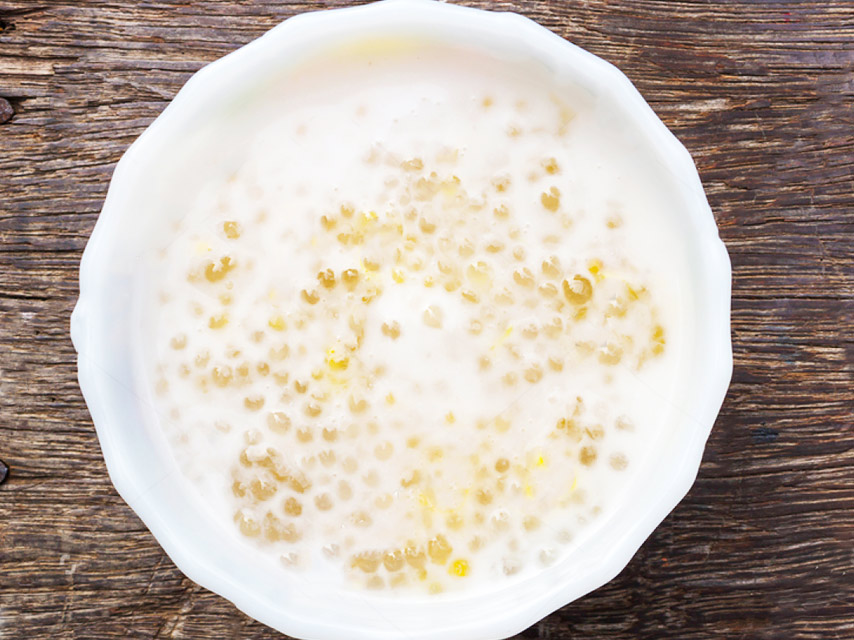 12. Vadai – A fried sweet dumpling made from lentils and banana. Vadai is generally a savoury in India, while in Mauritius a sweet version is served with meals along with Payasam and Appalam 13. Panakam – A refreshing drink made with water, sugar, lime juice, cardamom and ginger powder. Served very chilled, it is a delicious refreshment that helps with sunstrokes and keeps your body hydrated during the pilgrimage.