The beer selection here is not endless but the manufacturers have injected their lifelong passion and their own unique touch into it. Everything on the local beer menu are mouth-watering, making all Mauritian brews available a must-try.

A chilled beer is the perfect accompaniment to lazy afternoons on the beach - incredibly refreshing and ideal for the island’s tropical climate. The beverage is part of most festivities and weekend gatherings around the island. It is even common to have it with friends or colleagues after work on weekdays.

The Mauritian beer market is largely dominated by one brewer, Phoenix Beverages, and with good reason – Founded in 1960, it is the largest and most popular brewery on the island with the now staple Mauritian beer ‘Phoenix’, going into production in 1963.

Phoenix Beer has even got international recognition, having won numerous awards over the years (including the Gold Quality Award at the World Quality Selections for five years in a row), but the brewery produces several other distinct styles including Blue Marlin (the stronger and bolder version of Phoenix) and, a Mauritian Guinness, created using the traditional Guinness base with the addition of local Mauritian beer for the characteristics of the original with a unique twist.

Micro-brewing is also starting to take root in the country with the island’s first microbrewery, Flying Dodo, setting up a few years ago- so the future for Mauritian beer is looking bright.

Phoenix Beverages is renowned for producing the famous beer of Mauritius that has flown to several parts of the world and became an internationally recognised Mauritian beer. Soaring as high as the Phoenix bird and conquering new destinations, Phoenix Beer is an inspiration to live big and dream big.

This golden lager, easily being the most popular Mauritian beer around, has been, since its introduction in 1963, a local favourite. As the first beer to be produced locally, Phoenix Beer still holds a special place in the hearts of Mauritians. A symbol of friendship, it brings people from all walks of life together, allowing them to share special moments. The brand tagline ‘Nou pays, Nou Labière’ (Our Country, Our Beer) emphasises Phoenix Beer’s nature to unite. 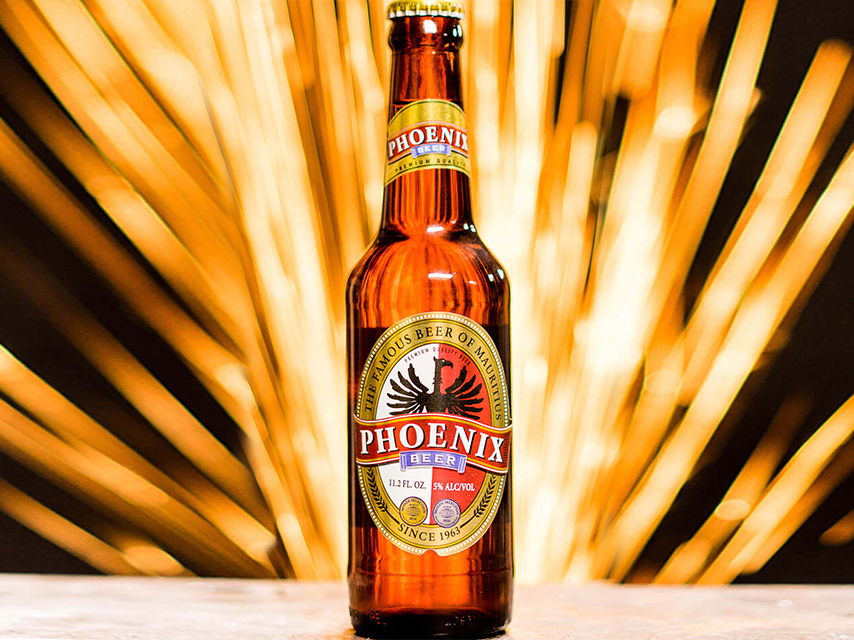 Launched in 1989, Blue Marlin is a quality beer with a more pronounced taste than its predecessor to appeal to beer lovers with specific tastes. In 2007, Blue Marlin won the Grand Gold medal at the prestigious Monde Selection Awards. 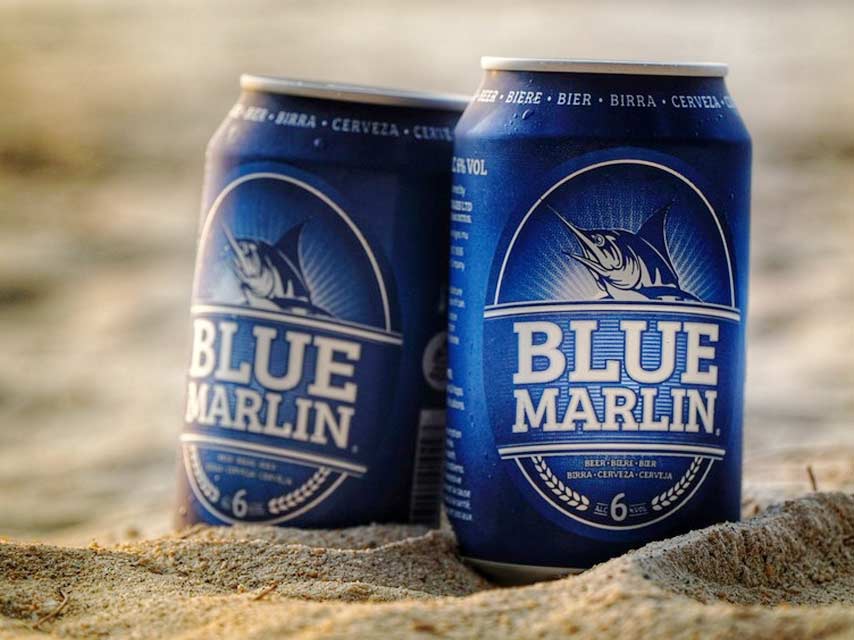 A refreshing and well-suited beer for summertime. With its 3.5% alcohol content and unique natural lemon flavoured taste, it is the ideal partner for fun moments with your loved ones. 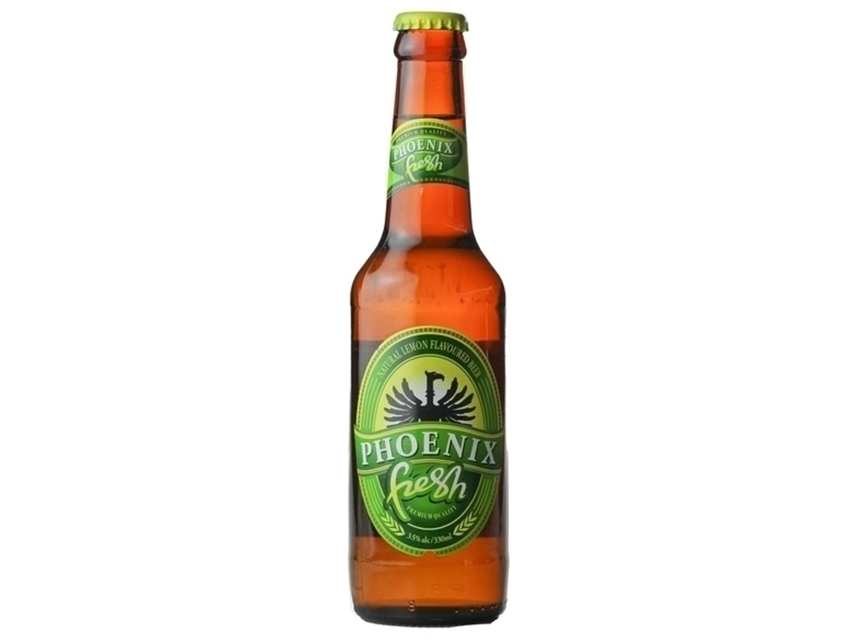 Launched in 2005, the special brew is designed to please beer connoisseurs. It has a specific and stronger taste than Phoenix Beer, as well as 6.5% alcohol. The Phoenix Special Brew is particularly appreciated during wintertime when lower yet comfortable temperatures allow for this special treat. 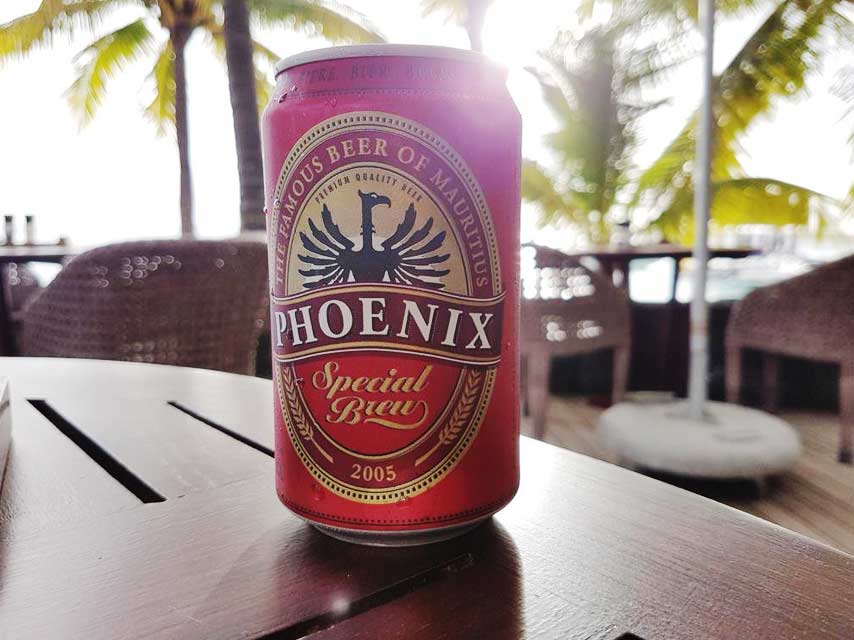 Guinness Foreign Extra Stout is a beer born of a thirst for adventure. In the early 1800s, Arthur Guinness II braved the perils of sea travel to export this famous black beer across the globe. Brewed with more hops to preserve the beer in the ships’ holds, the recipe yielded a powerful drink with a complex, fruity bittersweet flavour. 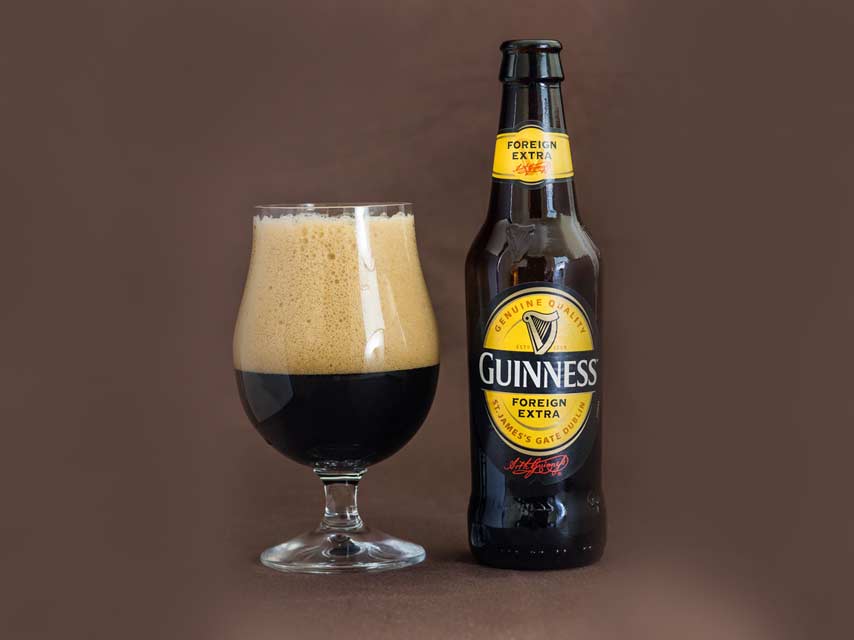 Over four generations, Oxenham has continued to innovate and improve its savoir-faire to produce unique, authentic and full of character wines and spirits. Driven by the thrill of diversifying their local product portfolio beyond wines and spirits, E.C. Oxenham launched the “first commercial craft beer” in Mauritius, The Thirsty Fox. Brewed with an undeniable touch, their crafts beers translate uniqueness and palatable pleasures. 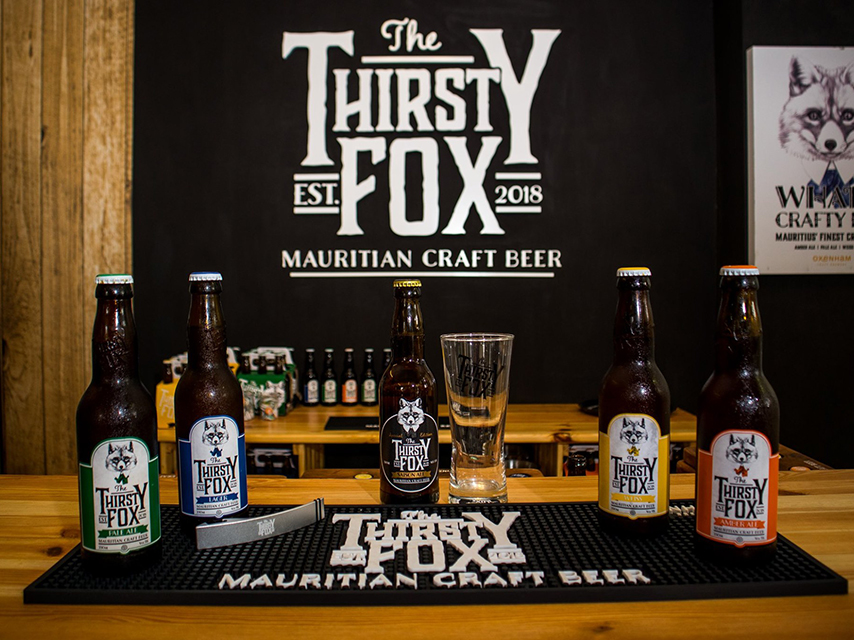 Conceived as a classic Mauritian beer, this is an invitation to experience a deliberate amount of mouthfeel and flavour, often not present in global Lager options. Brewed with the finest malt and hops, this lager is mild, clean and crisp.

The amber ale is a balanced, easy drinking, medium-bodied beer with a beautiful copper colour. Its caramel flavours are balanced by malty and fruity aromas and an off dry finish. A delicious milder alternative to our pale ale and a perfect introduction to the world of alternative beers.

Despite its name, the pale ale is a golden colour with a balance of hops and malt. Pleasant and understated, it packs the perfect amount of flavour – fruitier than lager, lighter than a dark beer – to enjoy over the course of an evening out with friends.

A light, cloudy Bavarian style (Weissbier) brewed with a large proportion of wheat, the Weiss beer pairs beautifully with most foods and is the perfect refreshing drink for the hottest days of the year.

Inspired from a Belgian farm beer, the new ale is made from yeast coming from Belgium and Viennese malt that gives it a slight orange colour. The Master Brewer Jörg Finkeldey added a Mauritian touch with an infusion of orange peel during the making, giving citrus notes and a hint of coriander. The result is a fresh and fruity beer, with a nice taste.

Since 2012, The Flying Dodo Brewing Company is the only operating Microbrewery on the island. They are known for not only sticking to classic brewing styles but also trying innovative ways to produce beer with a Flying Dodo twist that appeals to a wide range of beer lovers.

Their creative methods include the use of hops (flowers of the hop plant Hummus lupulus) as a bittering, flavouring, and stability agent in beer, to which, in addition to bitterness, they impart floral, fruity, or citrus flavours and aromas.

They are also pushing the envelope by opening up their brewery to fresh ideas from international producers from Munich to experiment and enhance their techniques. 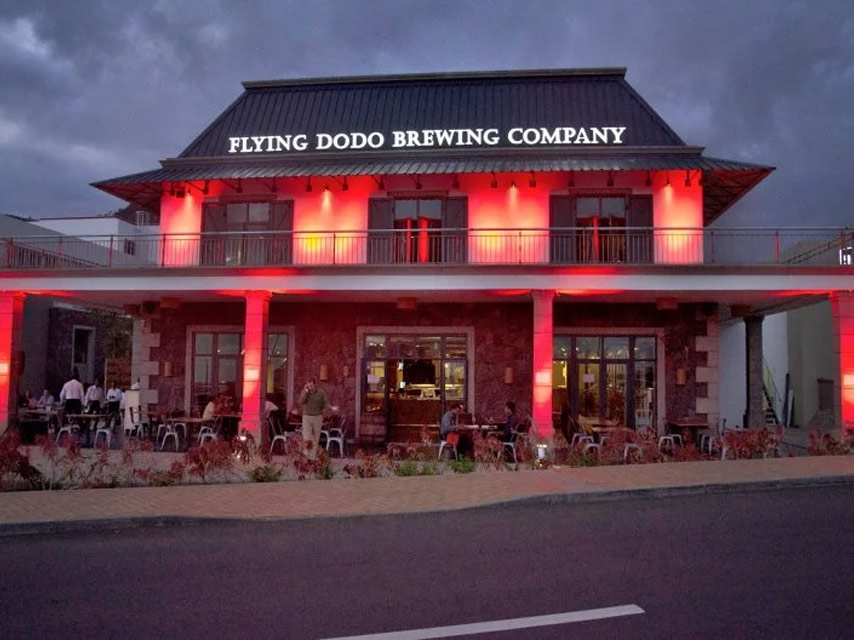 An American-style blond Pale Ale brewed with 3 different hops: Polaris (Germany), Sladek (Rep. Czech) & Galaxy (Australia). Look for the icy mint note from the Polaris hops and the floral bouquet from the Galaxy. This hoppy flavour in the Flying Dodo Blonde ale is obtained using a technique called "dry-hopping".

Top fermented (a strong alcoholic fermentation at a temperature of 14 to 30° C) with Belgian Abbey malt, Pilsner & CaraBelge malts and some herbs, the Nation’Ale has a unique mouthfeel. It is defined by a semi-sweet finish, a light malty roundness in the mouth, and if the yeast did its magic like it's supposed to, a pleasant sensation of smoothness on the tongue. Food pairing for this ale is similar as for a light red wine; it’s perfect with red meat. 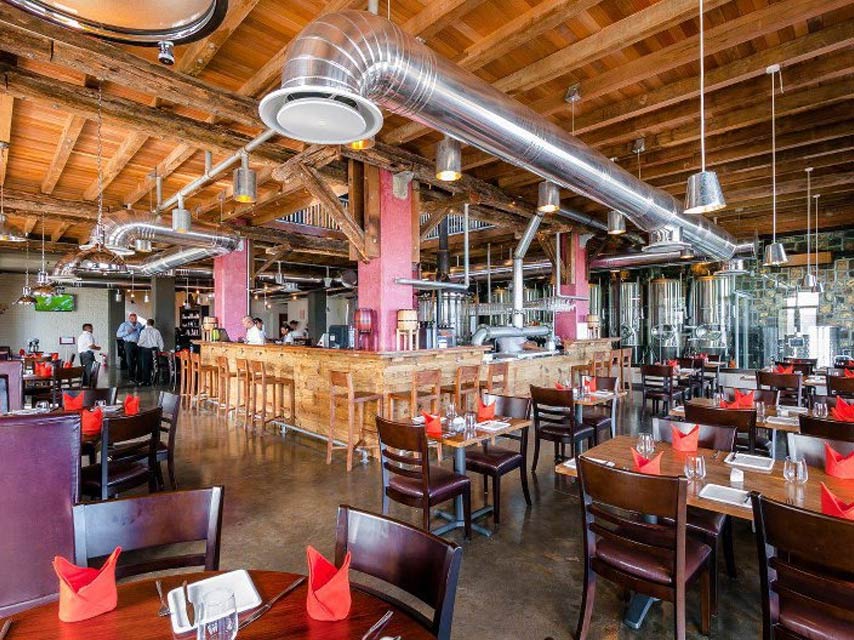 Every month a new batch of lndia Pale Ale (a hoppy beer style) is brewed. Flying Dodo changes hops and the way they dry hop. Bottom line, this is a hoppy beer for craft beer lovers. In general, an IPA is strong, has a lot of hops flavour (usual floral notes), and can be quite bitter.

This traditional Belgian Wit beer (Wit being the Flemish word for white and denotes a beer made with wheat) is brewed with orange peel, coriander and of course, our touch, with Perle (Germany), Saphyr (Germany) and Cascade (USA) hops. It is perfect for summer and goes well with seafood. 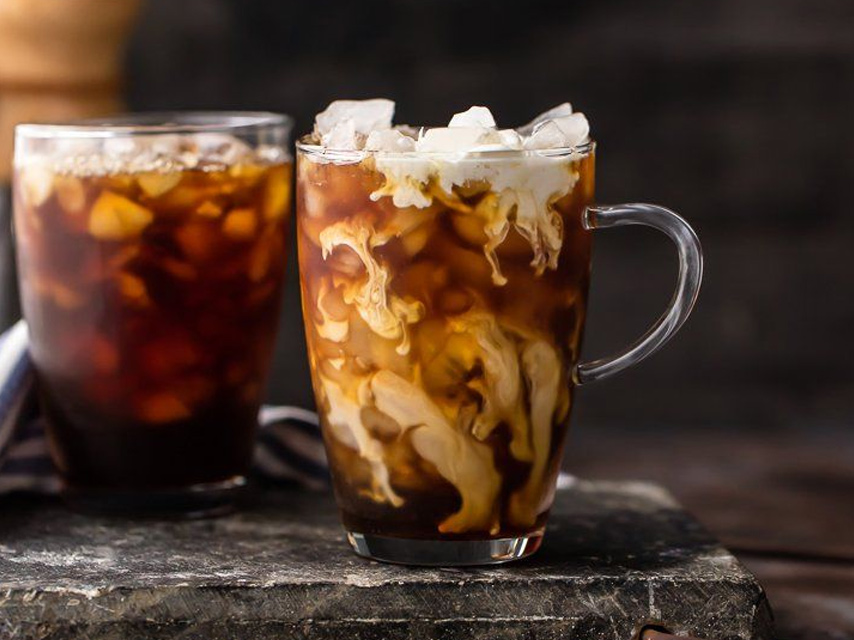 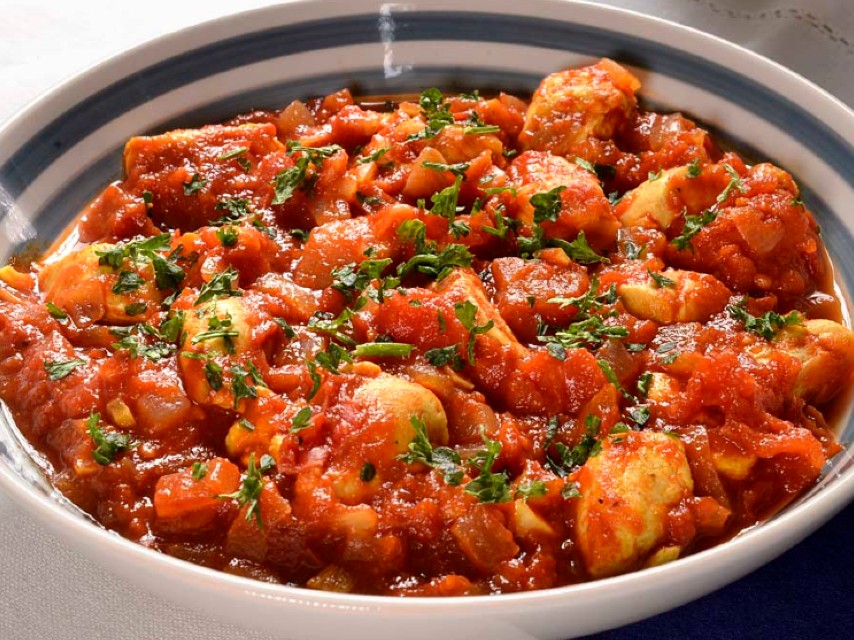 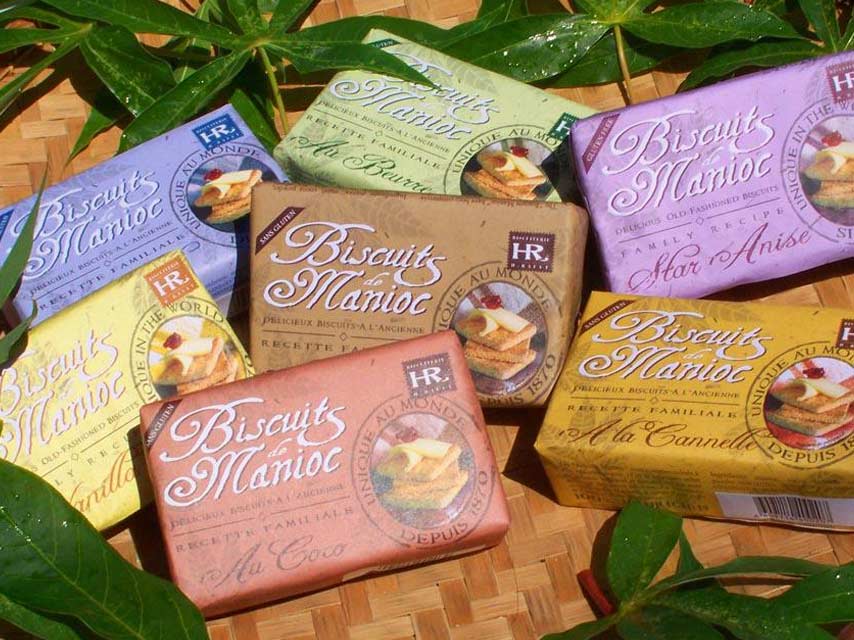